MY STORY. How I got involved with Ken Williams (the brother in law of Sgt Fred Simpson) plus Some facts about the Boy's 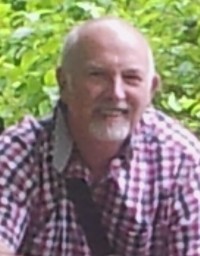 Now Winter is back with us i will do some further research on these boys. Any help with stories or information would be gratefully received. please contact me using the contact page. thank-you for looking.

This is a unbelievable true story. It is about a gentleman called Sgt Fred Simpson and the task asked of him and his unit in WW2 . The story was set down by his brother in law Ken Williams.

In June 2015 there was a D-Day memorial day in the Purbecks.It was a nice day and I went for a ride on my m/cycle. I thought to have a cup of tea and remembered that there was a D Day  memorial at Swanage and if it was free that would be a good place to have a brew. When I got there I had a nose around the vehicles  and found a lot of tables full of old weapons and gear from WW2. In the corner was Ken with a unbelievable story. He had a table full of papers and old photos and a small book that he said he had written but it cost too much to publish.Two weeks later I am sat at my computer re-writing and editing this book so that the story can be told to more people. The story starts with a young teenager signing up for the LDV latter to become the HOME GUARD and then being aproached be SOE and MI5 and asked to do what no other person had been asked to do in any conflict before.They turned this young man and 3,500 others into the first large scale, secret special forces team and committed them to total secrecy for 50 years.They were Churchill’s secret army. A resistance force created to hide underground in the event of invasion and then to hinder the advance as much as possible. As they were controlled by MI6 and not the MOD there has been very little released about the men or their records etc.

My journey has just started. Every day I find another aspect which makes me rethink and revaluate my admiration for these men and the futility of war.

Taken from the Plough molded into deadly killers/sabatours and four years later discarded without a thankyou.

It realy does beggar belief. some when on to be invited to join the SAS and when on to Normandy in 1944/45. for those who did not silence was imposed.

PTSD did not exist in those days, if you were shell shocked and refused to fight you were treated as a traitor and shot?

These boys had 4 long years of hiding in the woods every time planes came over  with the odds stacked against them. certain death staring them in the face. friends and family doughting their commitment to the war effort. some even being called cowards and given white feathers. Maybe even being ostrisized in their own village. They had to deal with all of this and still carry on with the secret after the war. what courage and fortitude these men had.