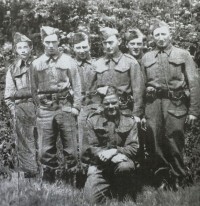 This gentleman was the original Sgt put in charge of the Creech patrol. He appears to have lived two doors from the Hatchard family.

I was under the impression that he was sent to the Welsh mines as a Bevin boy to dig coal urgently needed for the train system to transport munitions etc.

This seems strange as he had or was in the process of being trained to such high standards not available to any other units in the Forces.

As he was a clay miner I assumed he had greater skills in that area.

This I have been told is wrong.

Jim Samways, a neighbour told me that he lived in eight cottages before the war, was called up into the army during the war. When the war ended he returned to the clay pit but as a train driver on site. He then became a tenant of ECC and after cleaning and decorating the house , he married. 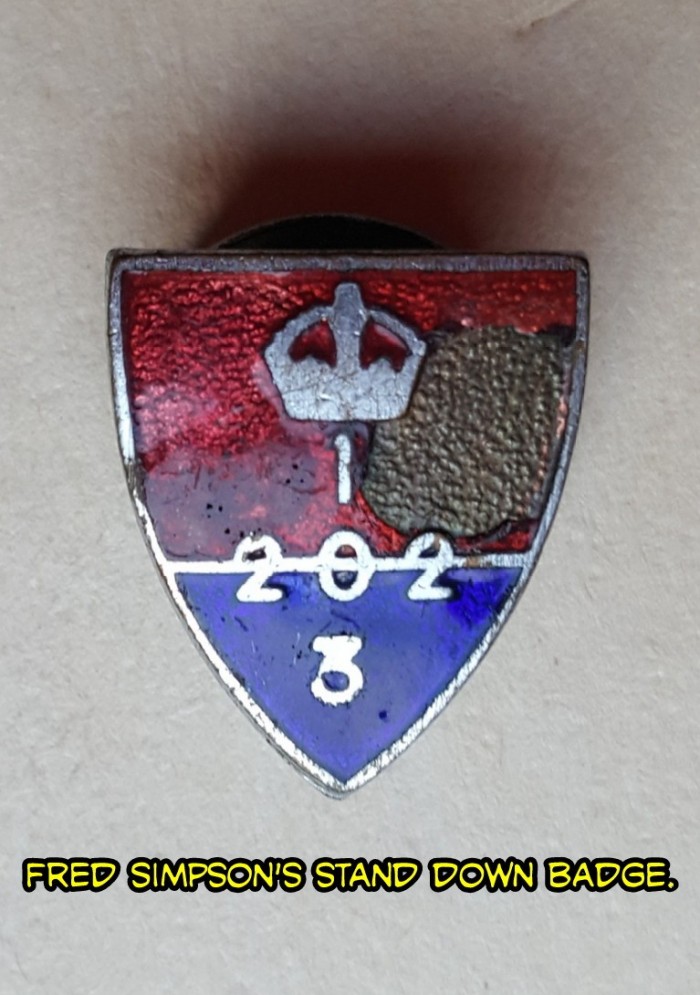 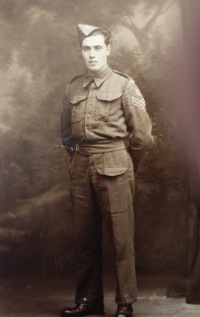 Life story:- born in Swanage. grew up in Church knowle. Worked as a farmworker for Jack Baggs before and during the war. After the war he worked in his own right on farms in Claywell and Goatshorn.

Finished his life living in Wool and is buried in Church Knowle. 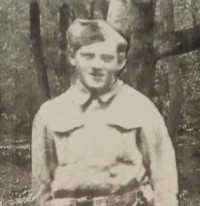 Life story:-  Born in Church Knowle and from the age of 10 worked on the family smallholding. When he was of age he worked at a farm owned by his uncle mr Fred Stockley at Bucknowle just outside Church Knowle for 10 shilling (50p)a week. Doug once said that the OB was so well hidden they had to mark trees in order to find it. transfered from No2 Company to Aux unit 1/3/1942 according to paperwork? 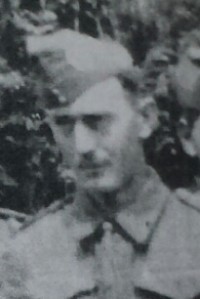 lived in Eight houses at Furzbrooke. they moved to the old school house in Norden with their mother in latter years. 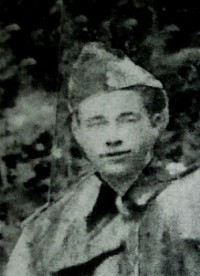 Born:-  in Eight houses at Furzebrook and later moved to the old school house at Norden.

conscripted into the bevin boys (mine work) 1944 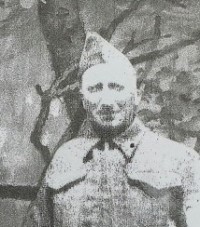 Life story:-  born in Norden. worked as a clay worker for Pike Fayle. He drove the clay train from the mine across the road to the railway at Norden. lived after the war in Furzbrooke.

Eli started driving Engines in 1940, but before that he was in charge of horse drawn rail trucks.The best horse he had to look after was Prince. "He would turn round on his own in front of the wagons "- all you had to do was to put the crook on."

Eli's Mother's Grandfather had built the tunnel under the Wareham to Corfe Road at Norden in 1807 for the Middlebere Tramway. 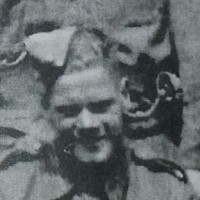 Transfered from no 2 company into Aux unit 11/42

Believed to have moved to Yeovil.

Was cremated and his ashes scattered in Yeovil. 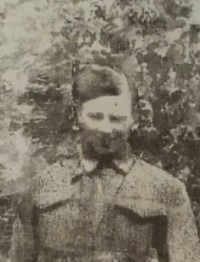 I think this is Will.

Mr Cyril Quick was the auctioneer in Wareham for the firm of Cottees.

He occupied a office in the back of a property in the centre of Wareham that overlooked the stables and a field which has now been built on.

In 1939 he volanteered and became involved with the Home Guard. I do not think his occupation was a reserved one but he had some issues which prevented him from signing up for the regular Army. As he was a prominent respected member of Wareham he became the man in charge of the Home Guard.

Being based in the centre of Wareham and having the Home Guard cover he was asked, and of course said yes to becoming the Quatermaster for the AUX units.

Any comings and goings could be covered with Home Guard duties and of course the cattle market etc.

There is a secret room in his old office which is cool and dry. This room has a entrance to a cellar and has two doors, one to the house and one to the yard.

It was sugested that there was a Operational O.B. in Wareham but it was believed that this OB was further out towards East Stoke. This has been proved as a O.B. Has now been excavated in the Binnegar area and it was a very large version.